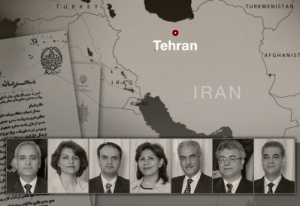 Yaran sentenced to 140 years in prison despite innocence

The STATEMENT BY SECRETARY CLINTON is posted on the US Department of States site. Please visit it and share it with others.

Our hope is that statements like this will continue to keep the loving hearts of the supporters and advocates of the basic human rights in Iran beating and pumping more energy and life to the tired body of the lovers of humanity in Iran. May the words and prayers of Baha’i Writings soon be realized and God’s Will and Truth be realized for all humanity that we are all cells of one body, flowers of one garden, waves of one sea, brothers and sisters under one sun. 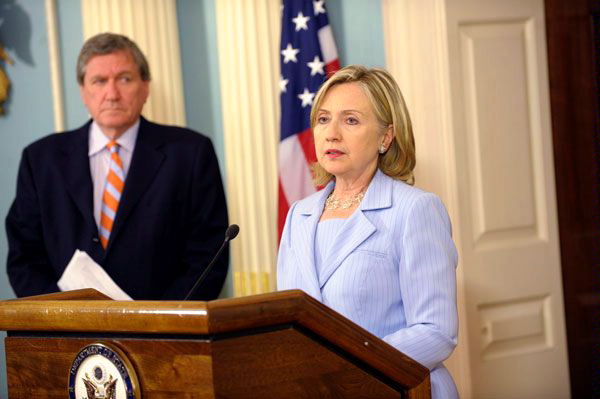 Persecution of Religious Minorities in Iran

The United States is deeply concerned with the Iranian government’s continued persecution of Baha’is and other religious minority communities in Iran.

This week, seven Baha’i leaders, who were incarcerated and held for nearly two years without due process, were each sentenced to 20 years imprisonment. The United States strongly condemns this sentencing as a violation of Iran’s obligations under the International Covenant on Civil and Political Rights.

Freedom of religion is the birthright of people of all faiths and beliefs in all places.  The United States is committed to defending religious freedom around the world, and we have not forgotten the Baha’i community in Iran.  We will continue to speak out against injustice and call on the Iranian government to respect the fundamental rights of all its citizens in accordance with its international obligations.

BBC in Farsi Interview Shirin Ebadi About the 140 Years of Prison Sentense.