Koohyar Goodarzi Letter about All Human Respect Others Right to Education 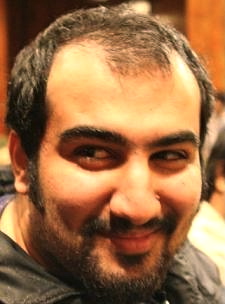 One of the most oppressive actions of the Islamic Republic Regime of Iran amongst their many violations of human rights is the banning of the opportunities of education to citizens who do not belief as they do and have a different view of truth and reality along with many civilized people around the globe today.

The Baha’i children and youth in Iran suffer the most of this deliberate violation of human rights. For over 30 years the Baha’is have been bared from their right to education especially higher education, as citizens of Iran who have a different set of belief from that of Islamic Republic Leaders of Iran.

Koohyar Goodarzi speaks about human rights of education for all

The human rights organization of Population of Combat Against Educational Discrimination (P.C.A.E.) has just published a letter by the former prisoner of Iran Mr. Koohyar Goodarzi about the significance of the right of every human being to education disregard of what religion or no religion status. Many Muslim believers and their children are the beneficiaries of this human rights living in parts of the world where Muslims are a minority like Baha’is are in Iran.

When a part of humanity is in pain, the rest of humanity feels it and does not like it. This is one of the essential signs of being human. We are all tired of “deevs and dads” in Iran and yearn to see human beings standing up and be counted like Koohyar Goodarzi

My Pilgrimage to Rajaei Shahr Prison on December 14th 2010 Chant