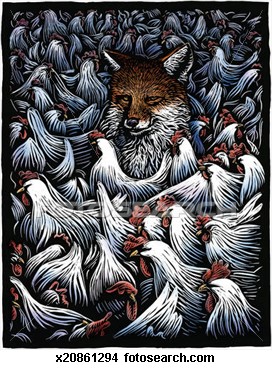 What else is new?? Is anybody surprised? The fox wants charge of the hen house?

The reasoning for this outrageous claim is simplistic as well as ridiculous. It reminds me of George Orwell’s animal Farms!!! Mr. Sobhi Saleh thinks he is making a statement out of intelligence. I want to know who in this day and age of information and education is listening to this kind of outdated middle ages jargon? Doesn’t he know that the civilized world is disgusted with the notion of divide and rule strategy of leadership? isn’t he informed that the young people in Egypt are fed up and they like to join the rest of civilized world which has learned its lessons and has already terminated and buried the notion of some are human and some are not, what is religion and what is not as an excuse by one group to perpetrate inhumanity on another like Hitler did to the Jews, Gypsies and others?

His values and believes also reminds me of the antiquated belief that a woman is half a man!! For his knowledge, the genie of equal rights for all is out of the bottle, Baha’u’llah declared over 160 years ago that women and men are the two wings of humanity. Both are equal in the sight of God and in their human rights and importance. Moslem Brotherhood must update its values to fit in the present modern civilization or it will prolong the misery and backwardness of the people it hopes to lead.

Also part of me is glad that Baha’i Faith does not meet the definition of religion by Mr. Sobhi Saleh and people like him because The Baha’i Teaching looks at religion as a means for progress and civilization and not as an end at any cost. Baha’u’llah makes it clear that if religion becomes the cause of disunity and inhumanity, then have no religion! If the medicine is making you more ill, then stop taking that medicine, toss out that religion! The medicine for today’s sick body of humanity, according to the Teachings of Baha’u’llah, is its unity and harmony not superiority of one group over another in the name of religion, race, nationality, or class.

The same warped reasoning is used by the Islamic Republic Regime of Iran to violate the human rights of its Baha’i citizens and among other atrocities, ban and bar the Baha’i students from attending university and getting higher education!! Which belief system today can commit such inhumanity and call itself a religion?

I wonder what other people feel and think when they hear Mr. Sobhi Saleh?