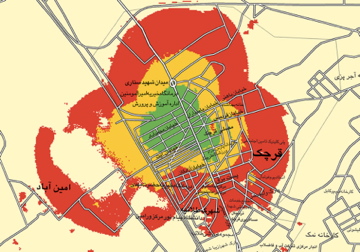 Why Gharchak prison; every one is asking?

This is an amazing audio peek into Gharchak so called prison which is really a predetermined death concentration camp chosen by the Islamic Republic officials of Iran to accidentally eliminate all the women prisoners. A quick peek into the secret Gharchak death camp reveals a most horrifying plot of eminent death for all the women prisoners. The intention of authorities is questioned by many including Radio Farda but must be “accidental death” on a mass scale.

The Name of the Baha’i women we know have been transferred to Gharchak death camp are Fariba Kamal-abadi, Mahvash Sabet and Sahba Rizvani.

There are many actions you can take to make a difference.

This reminds me of the story of the woman who was walking by the beach one afternoon after a storm had washed ashore many thousands of star fish. She knew with each minute, life was lost for many for ever.

The woman started to pick one star fish after another and threw the lucky one in the water. A runner saw her and her insignificant attempt in the face of so many lying on the sand. He said, mam, you must be wasting your time, there are so many and you cannot really make a difference. She looked  him in the eye with a determined look then bent and picked another star fish and threw it into the water and said, I made a difference for this one!

Share the story of Gharchak women and keep them close to your heart one by one. Share the audio above.  We hear many people especially Iranians still claim they have no idea what is going on with the religious minorities, Baha’is, Soufies, Sonnies, Jews, etc. in Iran!!

Contact your representatives of government, Amnesty, other human rights organizations and blogs.

Write letters to the officials of Islamic Republic Regime, we must document they know.

Tell the story every chance you get. We might not be able to save every case of human rights violations, but for every soul we save, we can rejoice.

There is no healing power for the ailing world of today better than people of good will coming together in support of justice and human rights.

Get on your knees and pray. Your prayer fortifies you and your heart before benefiting anyone else. But no one should endure abuse in isolation. We all must speak from the same side of our mouths.

Time Heroes Of The Year