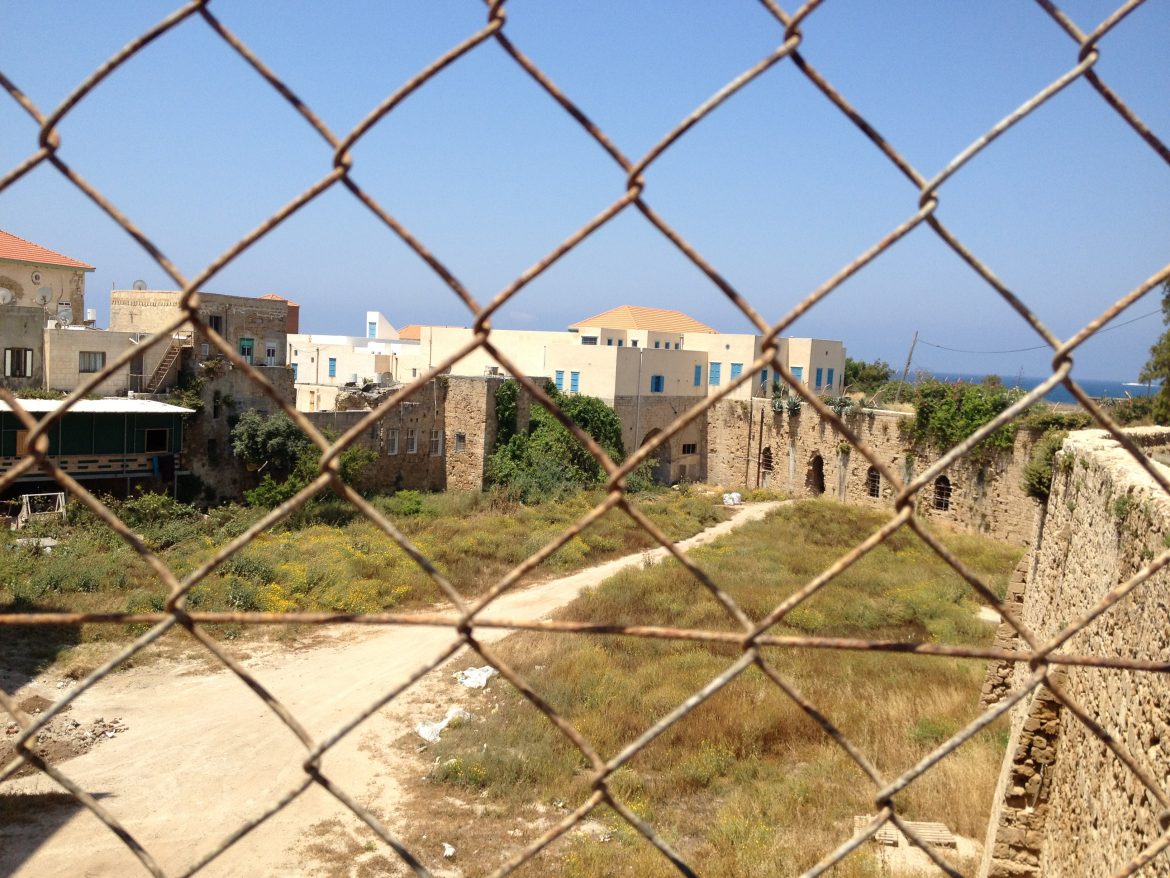 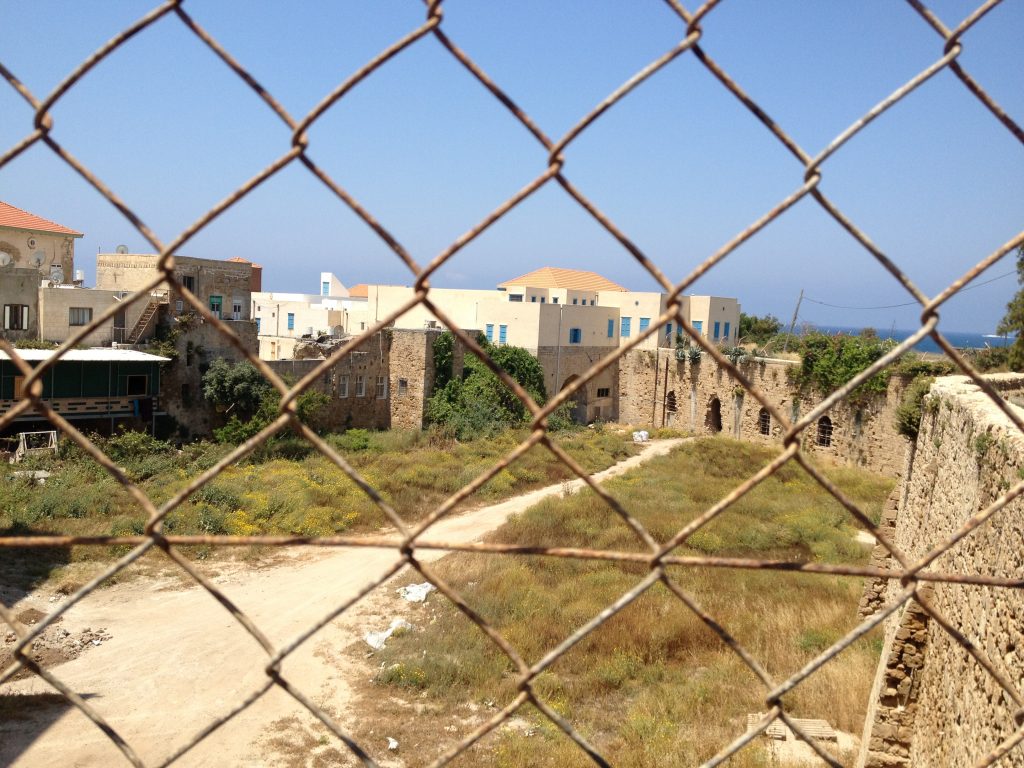 The prison of Baha'u'llah in Akka

We just returned from a Nine day pilgrimage to the Holy Shrines of the Baha’i Faith In the prison City of Akka where the central figures of this peace teaching peace living Faith and their families were exiled and imprisoned by the hands of the Persian Empire and the Ottomans since mid 1800s AD to die and be forgotten. Why you might ask? The answer is the Muslim authorities and governments of these two powers in the middle East  felt threatened by the new teachings of the Baha’u’llah who proclaimed that:

The purpose of religion as revealed from the heaven of God’s holy Will is to establish unity and concord amongst the peoples of the world; make it not the cause of dissension and strife. The religion of God and His divine law are the most potent instruments and the surest of all means for the dawning of the light of unity amongst men. The progress …

Like the story of Abraham who was thrown in the fire by the Ruler Nimrod and the fire turned into a garden, the prison City of Akka now has become the place protection by UNICEF World Heritage Foundation. The Baha’i gardens are indeed the garden of heaven.

Like all religions of the past the inherent power of a living is perceived as a threat by those who see themselves as gate keepers of God and consider themselves smarter than others and are in the position to exploit the power of the love of God by the masses in service of their own perceived gains. Little do they know that God almighty Himself is guarding His religion and successively has sent new messengers to appear amongst His servants and clean house, reminding us that the ultimate and true aim of religion has always been and will continue to be teaching humanity the progressive concept of being human, how to be compassionate, and kind; God like in every age.

The claim that any religion is the last fountain of guidance and has the monopoly of truth over the others has been the cause of great oppression, conflict, and destruction all through human history. The world of humanity is growing tired of the word religion because of it being associated with the destructive and dark forces of prejudice, backwardness, ignorance and inhumanity.

The claim  that Islam is the last and final revelation from God and any one who brings new spiritual guidance after Muhammad is a threat to God and the believers of God, is another barrier to the progress of human civilization and its peace.  Based on this claim of the Muslim clergy, the young Bab, who was the young Herald of the new religion, was tried, sentenced to death and executed while multitudes watching in Tabriz on July 9th 1850. Over 20,000 of His followers were killed and mascaraed in Iran, men women and children based on the same fear and by the instigation of Muslim clergy and government. The history speaks sadly for itself and humanity will continue to pay for it if we do not learn our lessons and speak up for the real purpose of religion which is peace, understanding and humanity shown towards all.

Visiting the resting place of Baha’u’llah who died after 40 years of exile and imprisonment in Palestine ( present Israel) on November 1892 and reflecting in its beautiful and peaceful surroundings, was a solemn reminder of how much suffering, ugliness and inhumanity is born under the name religion when religion is hijacked and exploited as a powerful instrument of ignorance, power-seeking, jealousy, fear, cruelty, prejudice, fanaticism, and a host of other forces of darkness that has kept all humanity hostage for centuries and blocked its progress.

Just a day after our return, I hear the shocking news of the arrest of our 85 year old loving relative Mr. Muhammad Hossain Nakhaii who is the beloved father of my sister-in-law, Effat Nakhaii-Behizad. What kind of religion and government is this that systematizes, legislates, commits, condones, instigates, promotes, and enforces this sort of inhumanity in the name of Islam and Islamic Regime? Similar kind of inhumanity was preached, ordered and expected of the people in the Hitler’s Germany and we saw the dark forces it released amongst the ignorant masses then. Today, in far removed villages of Iran under the Islamic Republic Regime’s rule Iranians commit similar Gestapo like atrocities arresting and taking an old man because of his beliefs??

Our pilgrimage group had a representation of every country, nationality, and ethnicity in the world; reminding me once again that the Baha’i Faith is a new global religion of peace and understanding that its time has come and there is no force to stop it because humanity is ready to move on and tired of distrust and disunity.

Knowing Mr. Nakhaii and of his big heart, his generous spirit, ever ready to help others in need and his legacy of helping and serving his fellow man,  makes the story of his arrest and imprisonment even more agonizing and distressing. His daughter shared that their family goes back several generations living in the village of Khoosf. She shared how he has always seen the whole village as his extended family and worked day and night to make it a better place for all. Everyone loves, respects and admires him for his integrity, honesty, spaciousness of his heart, looking after the well being of all and being the light of the community with his courage, wisdom and sense of humor.  Even at his advanced age of 85, he was planing to better his village by creating more opportunities of work and employment for the fellow villagers; hiring them to plant more fruit trees and improve the irrigation canals in the orchards. His wife who is 88 years old and suffering from Alzheimer, is quite shaken and now left alone to care for herself. Thanks to the kindhearted and brave souls and neighbors in the Village of Khoosf she is coping with this inhumane blow as best as she can. The old couple had plans to visit their children and grand children soon in a big family reunion which is now completely suspended and might be killed in its inception. Sources close to the family has informed them that Mr. Nakhaii is held as a political prisoner in Birjand a city near his village, charged with teaching and promoting his beliefs and therefore identified as the enemy of God, spreading corruption on earth!! Baha’is old and young are perceived to have such extraordinary powers by the Islamic government! Baha’i prisoners were punished for the similar crime of sharing their food with others. The prison authorities accused them of teaching their religion by extending kindness to others!! The atmosphere must be so barren and bereft of any love and compassion that the slightest expression of love and compassion even in prison from a prisoner to another attracts so much attention and is considered teaching Baha’i Faith to them!! May God help us all!! How far they have removed religion from its essence; love and unity, that the very expression of humanity brings Gestapo to your door. What price love and unity has to pay in the name of religion and God!! It is hard to believe that this kind of atrocities is happening by a government towards its citizens at a time where Internet has removed all man made boundaries of thoughts from amongst the peoples of the world.

Baha’u’llah teaches that human reality is spiritual in its essence. Doesn’t the Islamic authorities know that human heart and conscience is not to be conquered with force and fear once its liberated by the Prince of Love and Peace? Doesn’t the Islamic government know that for every drop of sacrificial blood shed in the path of love of God by a loving and innocent believer, millions of hyacinths of faith and devotion will grow in its place in all corners of the world in the hearts of people near and far? Haven’t they learned about this nonnegotiable spiritual law from the lessons of sacrifice in humanities past religious history and its wondrous outcomes? Don’t they know that the real signature and sign of true religion of God is and has always been love, compassion, knowledge, the right to ones conscience, selflessness, unity, understanding, patience, mercy, honesty, trust, and more than any thing else humanity?

While at pilgrimage my faith was fortified by many stories of love and humanity by the central figures of the Baha’i Faith in response to the inhumanity and cruelty of those who executed the Bab in Tabriz on July 9th 1850 and exiled and imprisoned Baha’u’llah and His family from Iran and eventually to the prison City of the ottomans in Akka to be destroyed and forgotten. How ironic that I heard from an Israeli citizen who was tired of global conflict and war, that she is comforted to see that because of history placing the peaceful Baha’i Faith in and near the city of Haifa in Israel, this city has become the most peaceful and beautiful city in the whole country where Arabs and Jews and Christians live in harmony with one another.

Something Dark Happened in the Village of Khoosf When Authorities Arrested Mr. Nakhaii

Appreciation to my father who told me concerning this webpage, this web site is genuinely remarkable.