Beethoven and Rumi In Concert for Human Rights in Iran 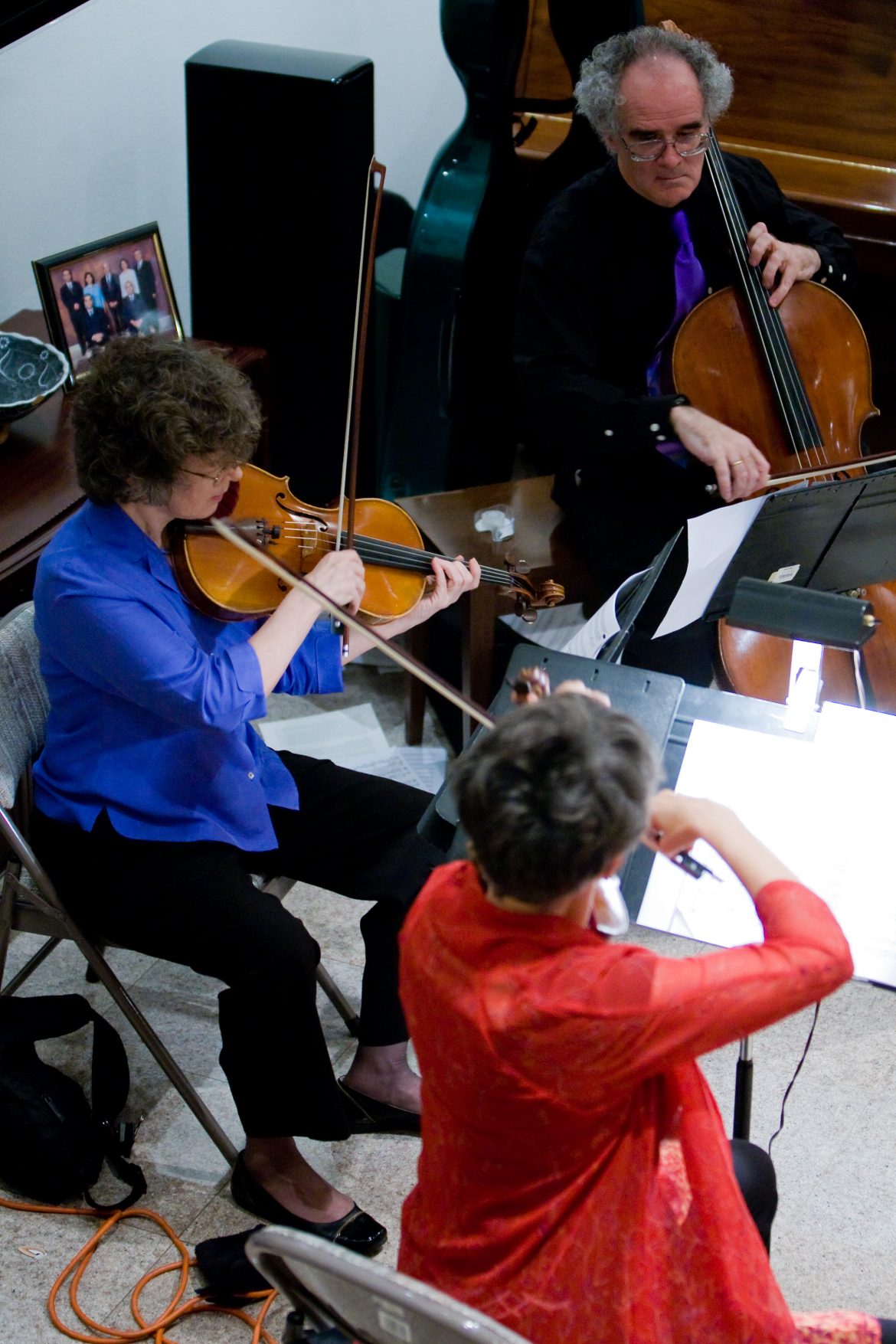 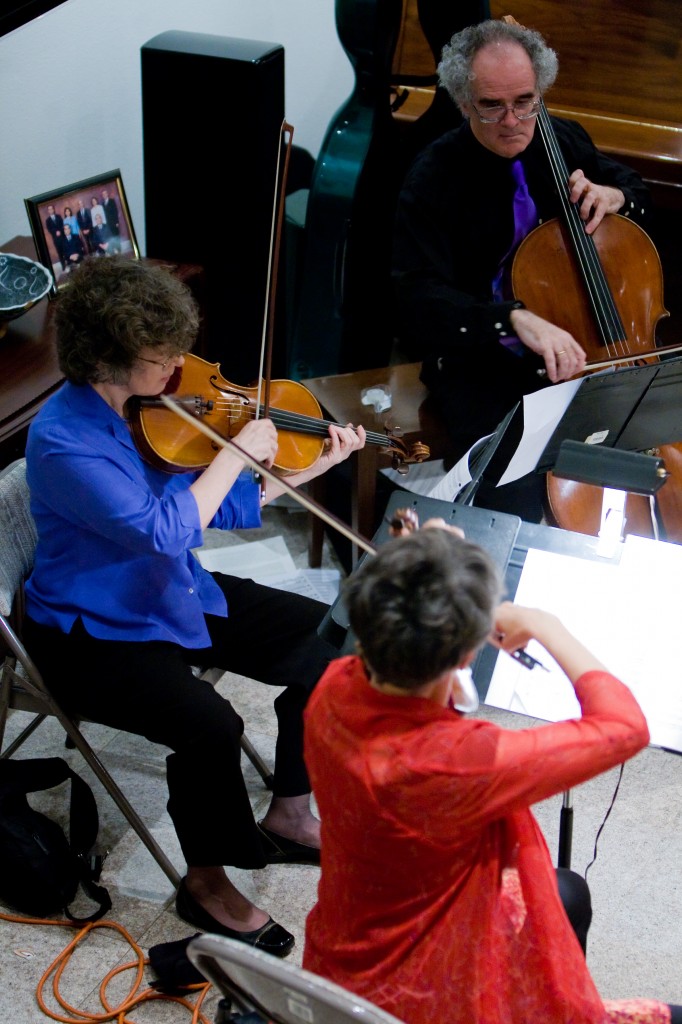 The ongoing violations of human rights in Iran is at the forefront of the mind of people of heart and humanity. The Quartet Euphoria of Claremont Colleges have been a most loving support for many years in defense of human rights of the Baha’is of Iran. While the room is filled with loving hearts enjoying the sublime music, the audience brings to mind the plight of those who are withering in the desolate corners of Iran’s Islamic Republic Regime’s prisons. We embrace the Baha’i teachers, educators, community builders, students, fathers, sons, daughters, whose only crime is their belief in the progressive Baha’i ideals and their ears have been bared from hearing the music of love and humanity at the corners of Iranian prisons. 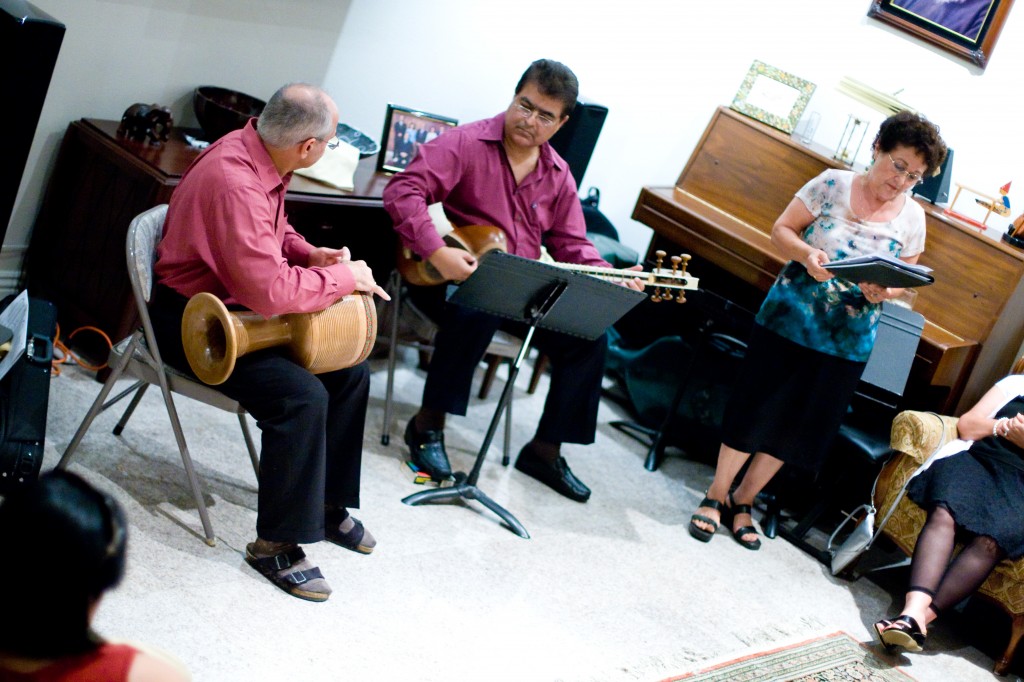 The quartet is followed by the mystical music of SANTAR Ensemble which is created to loud the cause of defending  the basic human rights of the Baha’is of Iran at the hand of Islamic Republic Regime of Iran.

We will specially be thinking of Fariba Kamal-Abadi who will be waiting in suspense and sadness in the corner of Evin prison in Iran while her daughter Alhan will be in labour. The mother and daughter deprived of sharing love and support in this most life changing occasion, as she gives birth to her first baby. The heart of all daughters and mothers as well as grandmothers, all over  the world goes to her.

Just heard another distressing news from Iran. Baha’is in Iran told to leave town or face knife attacks after raids on 14 homes

GENEVA — Following raids on 14 Baha’i homes in the Iranian city of Abadeh last month, government agents summoned the occupants for questioning and urged them to leave town or face possible deadly attacks from city residents.

“The clear aim of the raids and questioning was to create an atmosphere of intimidation and fear, so that the Baha’is of Abadeh would be encouraged to leave the city,” said Diane Ala’i, a representative of the Baha’i International Community to the United Nations.

Civil rights must be our guide in relation to the effective defense of Baha’is of Iran and their human rights. The whole government of Islamic Republic of Iran is acting as  a free range, all you can burn and kill Ku Klux Klan. Not until people who are not Baha’is take the human rights of the Baha’is as an offense to their own humanity and stand up in the defense of the meek, like those who stood up with their black brothers and sisters during the civil rights movement, humanity will be a hostage to the ignorant, cruel, inhumane, and oppressor who has power to dehumanize others.

Thank you for your interest, support and prayers.

String Quartet Music including one of Mozarts’s Last Quartets.

We will play Beethoven’s String Quartet, Opus 130, one of his last and most profound completed works. Composed when he was completely deaf, the quartet encompasses a wide range of emotions, from joyous to anguished “(beklemmt”) to to stormy to serene.

Beethoven & RUMI In Concert for Human Rights in Iran

At the home of Dr. Arsalan and Mrs. Keyvan Geula

& Spiritual Assembly of the Baha’is of Claremont

Canada Says to Iran; Talk is Cheap, Free the Baha’is

Sounds wonderful and how caring the Quartet Euphoria is to give support in this creative way.

Looking forward to seeing you all