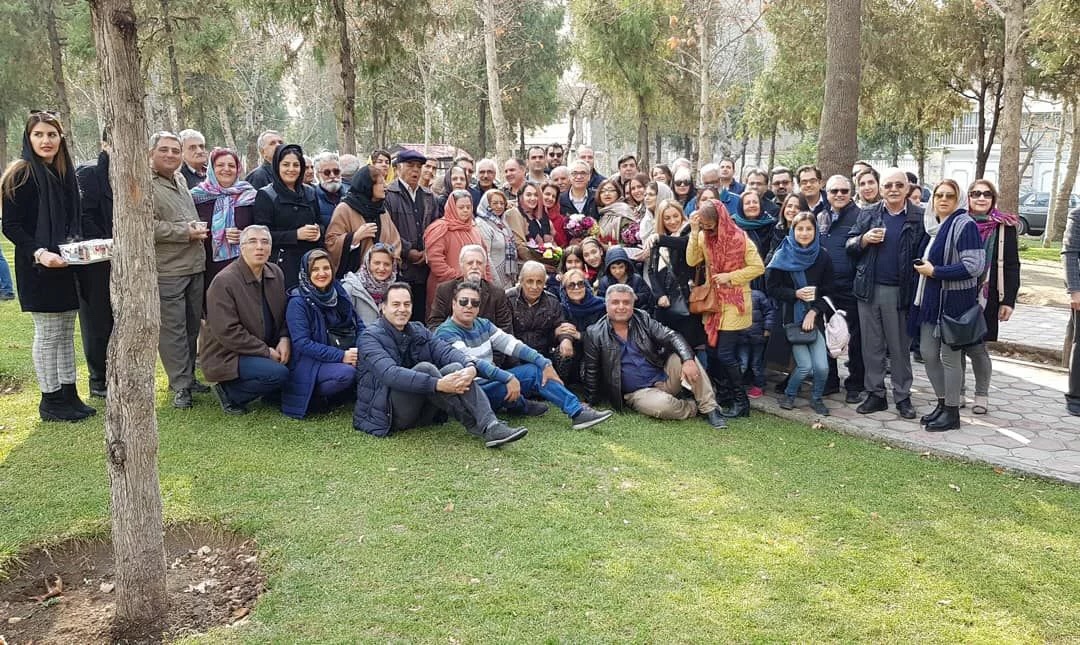 The Baha’is of Iran witness what Abdu’l-Baha has taught them, freedom is from within.

They are celebrating before the whole world that ultimate victory is won by spiritual powers of love, unity, patience. Real victory is Victory Over Evil Through Perseverance, Patience and Aligning Themselves with God’s Will for all mankind! That will today is achieving the oneness of all humanity.

It is the Islamic government of Iran who has been in the prison of hate, violations of human rights, and fighting the Cause of God, all be it in vain! I pray they wake up!!

Mr. Naeimi is one of many angels who will testify before God, of the injustices perpetrated by the Islamic Regime of Iran in the name of Islam and Muhammad weeps at what atrocities is inflicted on the innocent people of Iran http://Afif Naeimi, the last member of former #Yaran group, ended his prison term today. Yet, Iran’s persecution of the Baha’is continues. https://news.bahai.org/story/1302/ #Iran #Bahai #humanrights #AfifNaeimiin His holy name1! What a shame!

Little do they know that although these angels have their feet on the ground but their reality is of a different nature. ” They live in the world but are not of it, their thoughts being continually in the world of the spirit.”They live to follow Abdu’l-Baha, the true example of the Baha’i life who spent much of His 80 years of life in prison and exile at the hands of Persian Empire and Ottoman Empire but Abdu’l-Baha said, he was never in prison since the only prison is the prison of self.

All the Saints that shine in the history of society had to pass through tribulations. Their form was various but their effect has always been the same, namely, the purification of our heart and soul for receiving the light of God.  (Shoghi Effendi, Lights of Guidance, p. 203-204)

Saints are men who have freed themselves from the world of matter and who have overcome sin.

Their lives are spent in holiness, and their deeds show forth love, justice and godliness.

They are illumined from on high; they are as bright and shining lamps in the dark places of the earth. These are the saints of God.

The apostles, who were the disciples of Jesus Christ, were just as other men are; they, like their fellows, were attracted by the things of the world, and each thought only of his own advantage. They knew little of justice, nor were the Divine perfections found in their midst. But when they followed Christ and believed in Him, their ignorance gave place to understanding, cruelty was changed to justice, falsehood to truth, darkness into light. They had been worldly, they became spiritual and divine. They had been children of darkness, they became sons of God, they became saints! Strive therefore to follow in their steps, leaving all worldly things behind, and striving to attain to the Spiritual Kingdom.  (‘Abdu’l-Bahá, Paris Talks, p. 60-61)

The people of Iran have discovered the power of this light shining from the faces of their Baha’i neighbors and gradually rising to the blessed occasion of seeking the company of the Baha’i community. This gradually developing discernment and discovery of the angelic nature of the Baha’i community of Iran is what frightens the Islamic government of Iran the most!!

Baha’u’llah’s teachings was taught through the  towing character of Abdu’l-Baha as He himself braved the journey of exile and imprisonment for over 40 years. He invited the believers saying: “Look at me, follow me, be as I am.” The Baha’is of Iran have this high goal at the center of their minds and hearts. May they achieve it.

“Therefore I say unto you that ye should strive to follow the counsels of these Blessed Books, and so order your lives that ye may, following the examples set before you, become yourselves the saints of the Most High! ” (‘Abdu’l-Bahá, The Compilation of Compilations vol. I, p. 200)

Shoghi Effendi warns the people of the world of the dark consequences of disregard for the divine council for humanity by Baha’u’llah. He urges you to make up your minds to do great, great deeds for the Faith; the condition of the world is steadily growing worse, and your generation must provide the saints, heroes, martyrs and administrators of future years. With dedication and will power you can rise to great heights.  (Shoghi Effendi, Lights of Guidance, p. 629)

The task before the Baha’is is monumental and leaves no time for distraction.

My hat is off to the brave Baha’i community of Iran.

Surge in persecution of Baha’is across Iran raises alarm